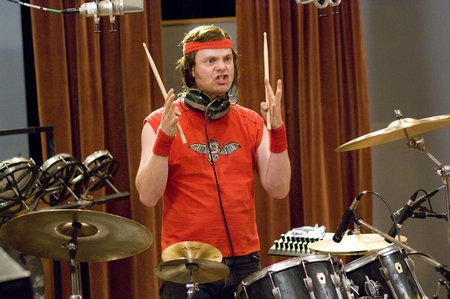 The other day I saw a sneak preview of the new comedy “The Rocker” starring Rainn Wilson. You may know Rainn as Dwight on TV’s “The Office”. I would describe the movie as a cross between Wayne’s World and School of Rock. I went into the movie not expecting much and I was pleasantly surprised.

The premise, a washed-up 1980s rock band drummer aka Robert “Fish” Fishman gets another chance at making it big. The movie believe it or not has good interaction between all characters; I actually laughed from beginning to end. Rainn Wilson and Christina Applegate especially had notable performances. If you are a Clevelander, you will be also thrilled that “C” town is featured at every turn in the movie.

The movie is rated PG-13 rightfully so with some crude language and humor. I would recommend seeing “The Rocker” because it’s funny and has a good message to follow your dreams.